Home » News » Keeping Selinger on as Premier Not Wise: Poll

Keeping Selinger on as Premier Not Wise: Poll 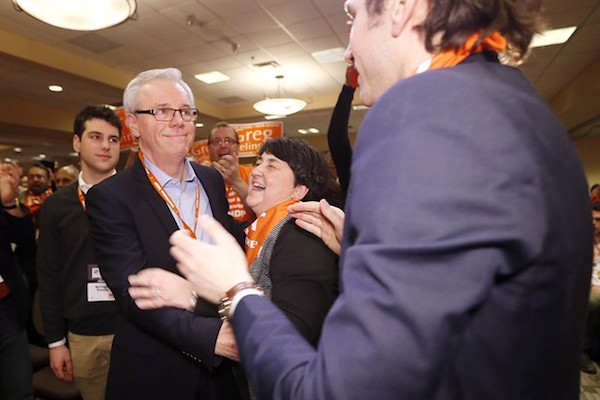 WINNIPEG — A new poll shows 42 percent of Manitobans believe Premier Greg Selinger is less likely to win the next provincial election in 2016.

The poll, conducted by Probe Research on behalf of the Winnipeg Free Press, also shows 40 percent of Manitobans think the NDP made the wrong decision by keeping Selinger on as premier during the March leadership convention. 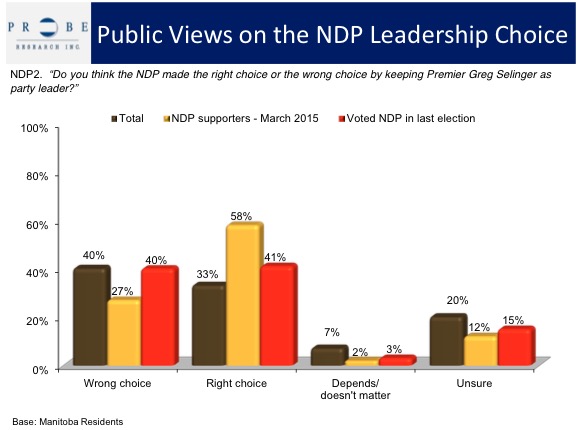 Only one-in-ten (11 percent) believe the NDP are more likely to defeat the Progressive Conservatives and Liberals in the next election with Selinger as leader. Thirty-seven percent feel the party’s choice of leader has no bearing on the NDP’s chances of winning the next election. 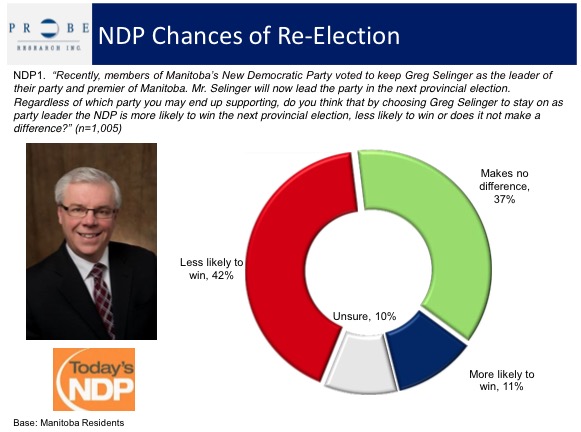 On the upside, the majority of Manitobans who support the NDP believe their preferred party made the right decision (58 percent, versus 27 percent of NDP supporters who think keeping Selinger was the wrong choice).

The survey was conducted province-wide via telephone between March 17 and April among a random sampling of Manitoba adults. With a sample of 1,005, one can say with 95 percent certainty that the results are within +/- 3.1 percentage points of what they would have been if the entire adult population of Manitoba had been interviewed.

← Previous: Trouble in the Skies: Currie Next: Canadians Cashing in at the Grocery Aisle with New App →
Tags: Greg Selinger | Manitoba | NDP | Winnipeg