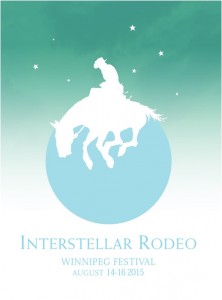 WINNIPEG — Manitoba’s newest music festival will pack a stellar lineup this summer at The Forks.

Interstellar Rodeo will pair music, fine wines and the best local food to the heart of the city August 14-16.

Put on by Six Shooter Records, the first-ever festival will include Sinead O’Connor, Dwight Yoakam, Blue Rodeo, Vance Joy, and others on one stage over the span of three days.

Tickets officially go on sale Friday, April 10. Weekend passes range from $82.50 to $225, and single tickets from $48.75 to $99. Full ticket details can be found at interstellarrodeo.com. Individual tickets for Friday, Saturday and Sunday lineups will be available as of April 30. Early bird pricing will also be in effect for these tickets for an introductory period.