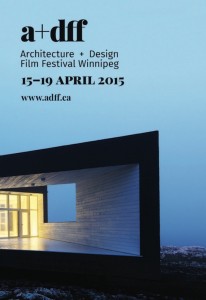 Critically acclaimed films focusing on the importance of architecture and design will take over several Winnipeg venues next week.

“As a city with nationally and internationally recognized architects and a wonderful collection of architecture from many periods, Winnipeg has a particular interest in this festival,” said curator Susan Algie, director of the Winnipeg Architecture Foundation. “The intent is for the film festival to encourage and enhance this interest.”

The 2015 festival will open with the Canadian documentary “Strange and Familiar: Architecture of Fogo Island,” which documents the artists’ studios and new Fogo Island Inn, designed by architect Todd Saunders. Film-makers Katherine Knight and Marcia Connelly will be available for a post-film discussion.

Represented this year are films from Spain, Italy, Netherlands, France, USA, Canada, England, and Finland. Complementing the films are panel discussions and tours.

The complete film schedule can be found at adff.ca, along with festival passes and ticket information.