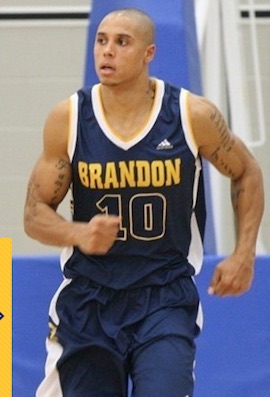 WINNIPEG — The Winnipeg Blue Bombers didn’t have to look far to find their newest receiver.

The club has signed Winnipeg native Jordan Reaves, who is best known for his basketball career as a student-athlete at Brandon University from 2009-2014.

Reaves, 6’5″ and 220 lbs., attempted to play professionally by spending two months in Slovenia and France. He played football prior to his move to basketball and is the son of Bomber legend Willard Reaves.

“We’ve seen him work twice now, once here and once in Edmonton, and he’s a tremendous athlete,” said Bombers general manager Kyle Walters. “All of his measurable qualities were really remarkable, and he did not look out of place even with his limited football background. He’s a very intriguing prospect for the future.”

Reaves worked out for the Bombers a few weeks ago in Winnipeg, and then attended the Edmonton Regional Combine afterwards. He will attend the club’s mini-camp in Florida starting on April 19.