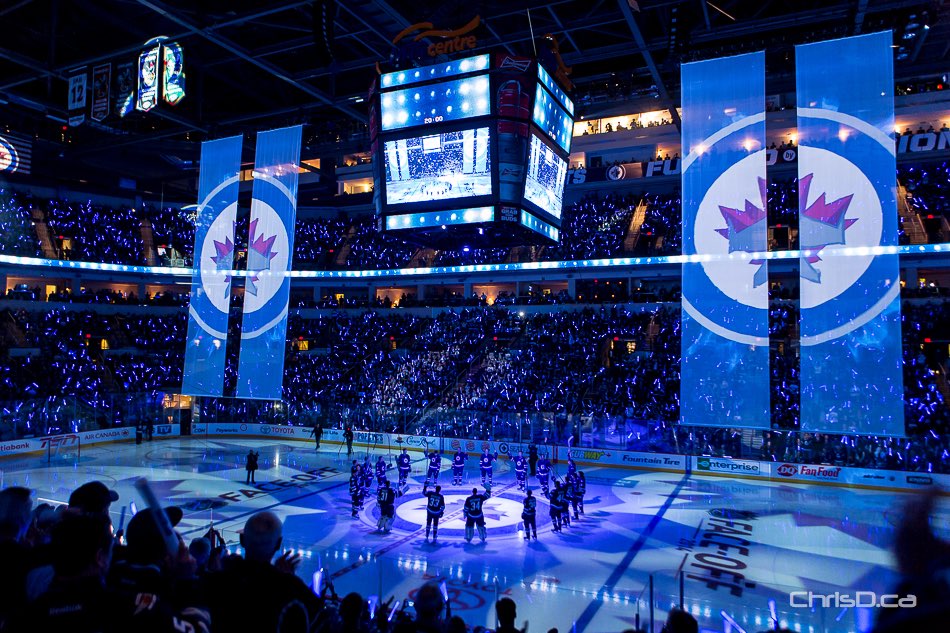 The Winnipeg Jets play the Colorado Avalanche tonight on the road in hopes of clinching a playoff spot. (KELLY MORTON / CHRISD.CA FILE)

With a playoff spot in close reach for the Winnipeg Jets, City Hall is getting behind the team by flying their colours on Main Street.

The team’s flag was raised on a flagpole Thursday outside Mayor Brian Bowman’s office. Bowman’s Twitter account tweeted a photo of the flag, which had more than 65 retweets by mid-morning.

The Jets face the Colorado Avalanche tonight on the road and the visiting Calgary Flames on Saturday afternoon at MTS Centre. The Jets need one more win to see the post-season for the first time since returning to the city in the 2011-12 season.

The Fairmont Winnipeg is screening tonight’s game at 8 p.m. in the Wellington Ballroom free of charge. There will be beer, food and music for fans between periods.