By Stephen Whyno, The Canadian Press 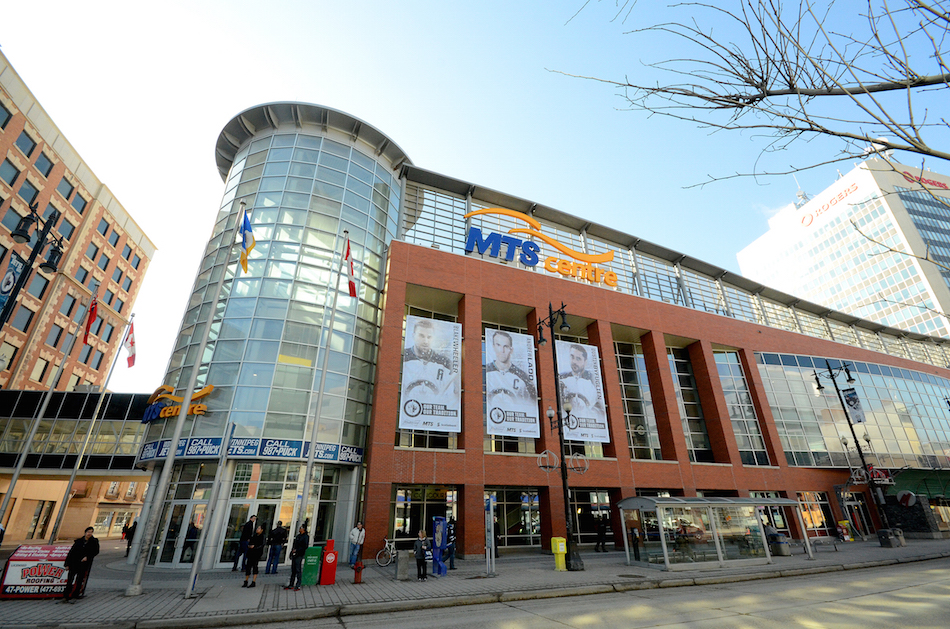 Ed Olczyk could feel the noise while sitting in the home locker-room at Winnipeg Arena.

“That old building there wasn’t a lot in between the locker-room and the stands,” Olczyk said. “It was just a couple of cement slabs, girders and then there was the people right above us. You knew it was a big game, the people were into it.”

The centre-turned-broadcaster was part of the first incarnation of the Jets that played the last playoff game at that now demolished arena on April 28, 1996. Nineteen years later, Jets 2.0 will play the first ever post-season game at MTS Centre, and there’s every reason to believe the atmosphere will be off the charts.

“To get into the playoffs and have a game there, people will be so stoked and charged up,” said Olczyk, who played 236 regular-season and playoff games for the original Jets. “I think it’ll be pretty cool to be able to continue the connection or the legacy of Jets teams.”

The legacy of playoff hockey in Winnipeg also includes whiteouts — fans packing the arena clad in white. That tradition will continue.

Game 3 of the first round against either the Anaheim Ducks or St. Louis Blues will be just the fifth playoff game in the franchise’s history. The Atlanta Thrashers were swept by the Rangers in 2007, four years before the team relocated to Winnipeg.

Forward Jim Slater is the only player left from the Thrashers playoff team, and one of seven who played the final season in Atlanta.

“I can’t tell you the amount of work the guys have put in that have been here since Day One,” winger Blake Wheeler told reporters in Denver on Thursday night after the team clinched. “We have a group of guys that have withstood the ups and downs, and there have been both.”

The Jets overcame a barrage of injuries, including several to their blue-line, and a four-game suspension to defenceman Dustin Byfuglien late in the season to get the job done. General manager Kevin Cheveldayoff said last month that the story of the 2014-15 Jets might be facing all that adversity and still getting in.

Trying to think about the energy in the building for the Jets’ first playoff game, Cheveldayoff said: “I don’t want to imagine it. I want to experience it.”

Centre Mark Scheifele said late in the season that most players have pictured it and wondered what it would be like. Asked about it before the season, Wheeler said he thinks about it “pretty much every day” and envisioned it as “a lot of hard work paying off.”

Wheeler said Thursday night the team was looking forward to sharing this moment with fans and the community. The feeling is mutual, as one fan tweeted he’d only sell his ticket to a once-in-a-lifetime game for $100,000.

Despite being the smallest arena in the league — it seats 15,004 — MTS Centre packs quite a punch of crowd noise for regular-season games.

“Obviously it’s not as many people just due to the arena seating, but it’s definitely right up there in noise level,” Scheifele said. “It’s pretty crazy.”

“The place just got absolutely crazy, so I can only imagine what playoffs will be like there,” Hutchinson said. “It’ll definitely be amazing.”

Olczyk, who raved about his time in Winnipeg, always believed the city could support an NHL team but pointed out that the salary cap helped this small market be viable again. It’s natural to appreciate something more after it’s gone, he said, which has pumped up the Jets fervour.

“Everybody’s into it, everywhere you go,” Olczyk said. “The popularity, it’s probably at an all-time high because it was gone for such a long time that people are so enamoured and really like and love the way that this team plays.”

“You were a part of history and it was sad,” Olczyk said. “It was just tough to know what was going to take place once that final buzzer went off.”

Now a fixture as captain of the Coyotes, Shane Doan called that last game in Winnipeg a game he’ll never forget. With the Jets back and in the playoffs, new memories will be made.

“It was as loud and as emotional a game as I’ve ever played in,” Doan said. “It would probably be a similar situation and similar energy in that building.”