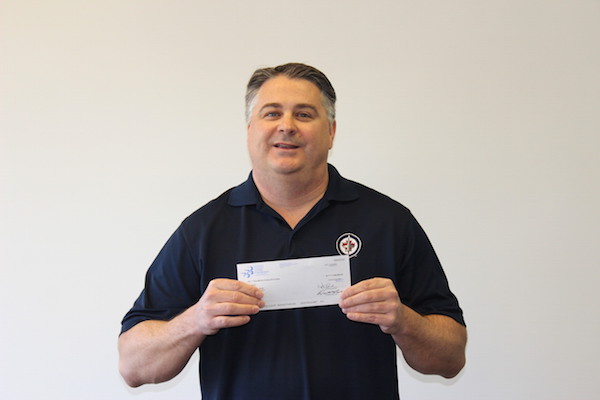 Donald Rice holds up a cheque for $1 million after winning on a scratch lottery ticket. (WCLC / HANDOUT)

A Winnipeg man has scratched his way to a $1 million lottery jackpot.

“On Saturday morning, I got my loonie out and started scratching,” he said in a release. “I did a double-take when I saw that I’d won!”

He plans to use his windfall to pay bills and take a trip next winter.

But the majority will be spent on securing an earlier retirement.

“It definitely takes a lot of bumps out of the road ahead.”