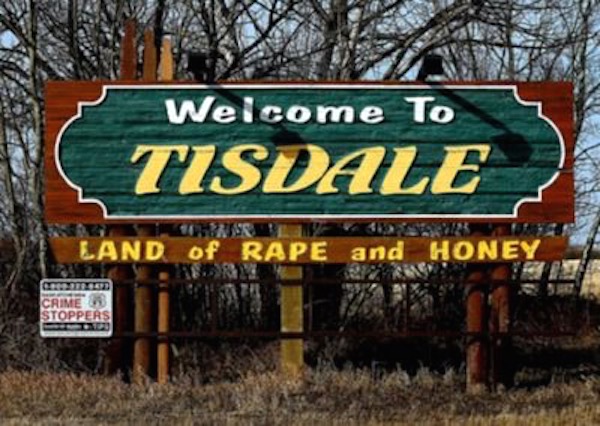 TISDALE, Sask. – A small town in northern Saskatchewan is asking residents whether it’s time to change its slogan.

Tisdale has been called “The Land of Rape and Honey” for about 60 years.

Rape refers to rapeseed, a bright yellow crop that was a precursor to the modern canola.

A survey on the town’s website asks people whether they want to keep the brand name or come up with a new one.

It says rapeseed accounts for less than one per cent of crops in the region and honey production has also dropped.

The editor of the local newspaper says the town held a survey on the issue in 1992, but the vote was equally split so the slogan stayed.