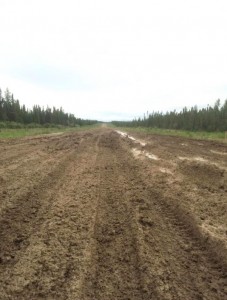 WINNIPEG — The votes are in and Manitobans have chosen a northern highway as the province’s worst road.

CAA Manitoba’s annual Worst Roads campaign saw more than 6,100 votes cast, but Provincial Road 280 between Thompson and Gillam was ultimately chosen as the winner — or loser in this case.

“The problem is that our roads had been ignored for so long,” said Mike Mager, president and CEO of CAA Manitoba. “We are still playing catch up. It’s not where we want it to be, but by identifying the priorities we can go to government and ask them to lay out their plans.”

CAA has the backing of Infrastructure and Transportation Minister Ron Kostyshyn, who was on hand Thursday for the reveal of the top 10 list.

“We have used feedback from previous campaigns to help guide us as we develop highway improvement plans,” Kostyshyn said. “In partnership with Manitoba Hydro, we have spent over $14 million since 2010 upgrading PR 280 and plan to spend another $25 million in the next two years.”

Winnipeg’s St. James Street was crowned the province’s worst in 2014 and 2012, and came in a very close second this year.