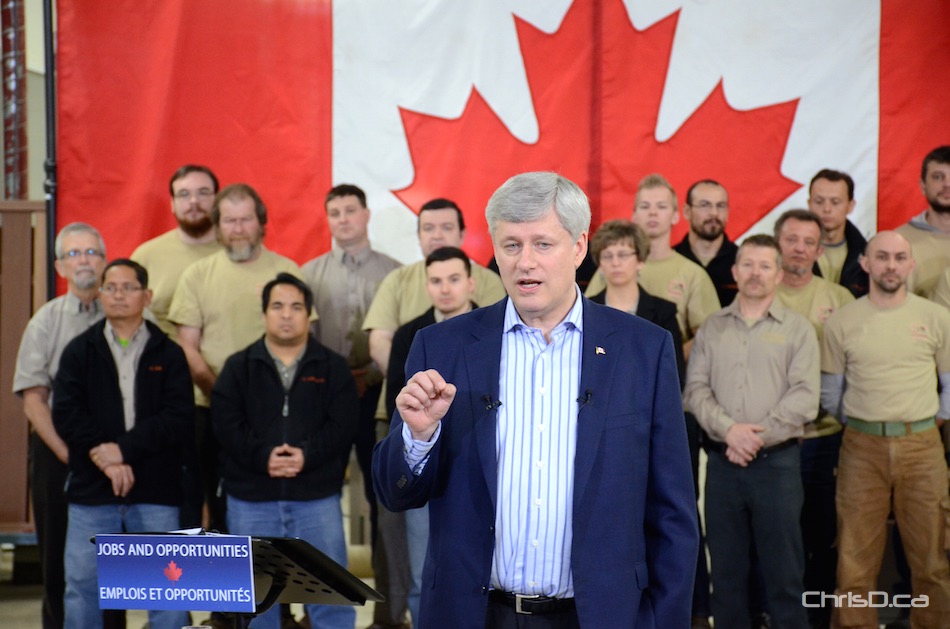 Prime Minister Stephen Harper said Thursday that new targets will be released next month, and will likely deviate from those recently set by the U.S.

“It’s unlikely our targets will be exactly the same as the United States, but they will be targets of similar levels of ambition to other major industrialized countries,” he said.

The U.S. and Canada had matching emissions targets under both the Kyoto accord of 1997 and the Copenhagen accord of 2009, which saw a variety of targets set by different countries.

Canada and the U.S. committed under Copenhagen to a 17 per cent cut from 2005 levels, while Australia, for example, committed to a five per cent reduction from its 2000 levels.

A new, post-2020 international emissions regime is to be negotiated at a United Nations conference later this year in Paris.

The United States announced last month that it plans to cut emissions 26-28 per cent by 2025.

Harper did not say which countries Canada might be closest to and added that the new targets would involve some further regulation of the energy sector.

“There will have to be additional regulatory measures going forward to achieve these targets. But we are committed to this in a way that does two things: First of all, that improves prospects for jobs — ways that do not kill jobs,” he said.

“The second thing of course we will not do is we will not stick taxpayers with the bill. We are not going to bring in carbon taxes.”

The latest emissions inventory from Environment Canada shows the country’s overall greenhouse gas output climbed 1.5 per cent between 2012 and 2013, continuing a slow upward trend since the global recession of 2009.

The report, prepared by Environment Canada and submitted annually to the United Nations Framework Convention on Climate Change, shows 726 megatonnes of emissions in 2013.

That is three per cent below Canada’s output in 2005 — well shy of the 17 per cent target under Copenhagen.

Harper was in Winnipeg to tout tax cuts announced in this week’s budget.

He rejected opposition criticism that tax breaks on items such as tax-free savings accounts and registered retirement income funds help the well-off and offer little to the middle class.

He said the tax changes benefit everyone, and accused the opposition parties of planning to reverse the cuts.

“That’s what the next election is going to be about. Do you want to keep the things this government has put in your pocket, or do you want to let Mr. Trudeau and Mr. Mulcair take them away?”