Home » Columns » Jets Making Playoffs This Early a Surprise to Many: Currie

Jets Making Playoffs This Early a Surprise to Many: Currie 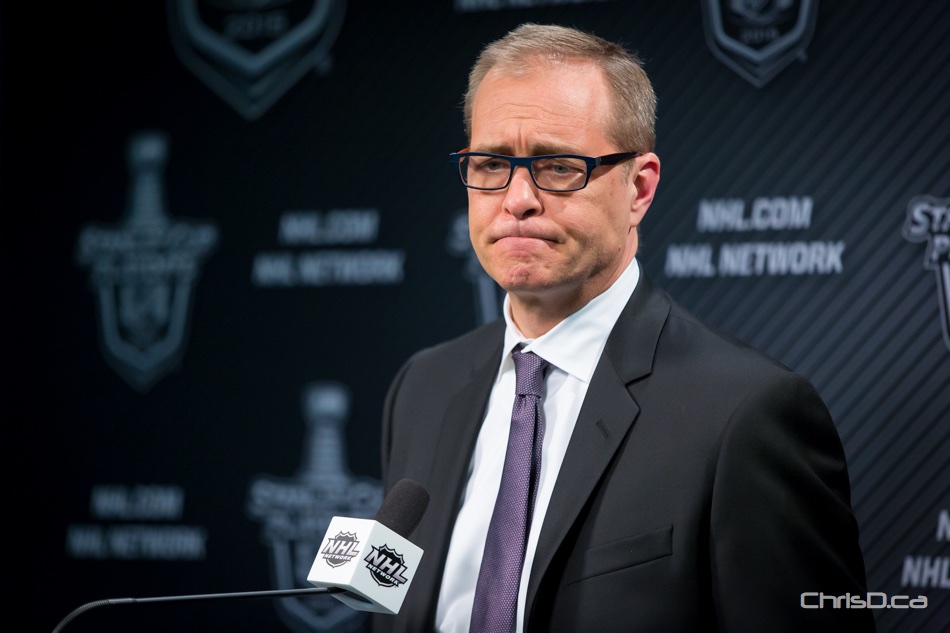 The Stanley Cup playoffs, which had not involved Winnipeg since 1996, have now come and gone from River City. The Jets lost four in a row to the Anaheim Ducks. It was a disappointment for sure, but not entirely surprising.

It reminded me a little of the 1980 playoffs when a young Oilers team battled hard but couldn’t get by the powerful Philadelphia Flyers in the first round. It was the first playoff action for 19-year-old Wayne Gretzky, who is now a 54-year-old grandfather — is that possible?

Besides the Broad Street bullies, the Islanders were also a powerhouse then, but it was clear that Edmonton’s day would come. Four years later, in 1984, the great one and his teammates won their first of four waltzes with Stanley’s mug.

Does Winnipeg have a similar future ahead of them? Hard to say, but the hopes that Mark Chipman and David Thomson had four years ago when they bought the Atlanta Thrashers and moved them to Winnipeg have paid off big time, probably sooner than even they had expected.

The Jets play at MTS Centre, affectionately known as the Phone Booth, in downtown Winnipeg. There are no cheap tickets, and every seat is filled for every game. For the two playoff games here against the Ducks, many thousands of dollars were spent on Jets merchandise, as well as meals and drinks in taverns and restaurants all across Winnipeg, and elsewhere on the prairies.

Might the Winnipeg Jets become Canada’s team over the next decade? Time will tell. They are a young team with lots more young talent coming up through their system.

It sure was nice to be part of the dance, even if it only lasted four games. Suddenly we can’t even remember those years between 1996 and 2011.