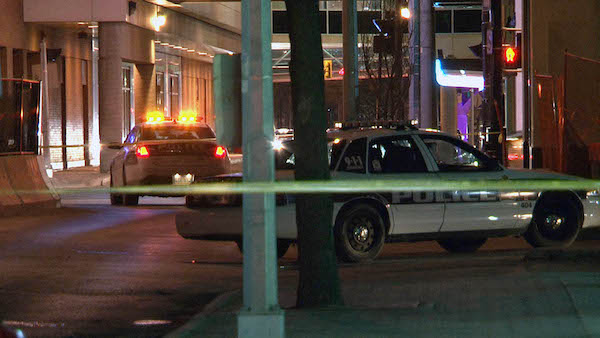 Winnipeg police on scene of a homicide on Hargrave Street, north of Portage Avenue between Hargrave and Carlton Street on Saturday, April 25, 2015. (SHAWN MCLEOD / FOR CHRISD.CA)

Police are looking to identify this man as a suspect in relation to the homicides. (WPS / HANDOUT)

The first incident happened Saturday at around 12:45 a.m. when a deceased male was found at the rear of 329 Hargrave Street.

Police believe the killer is responsible for both incidents and the victims were targeted. Police are asking the city’s homeless community or those who frequent the streets to use caution and avoid secluded areas.

Autopsies are pending in both cases.