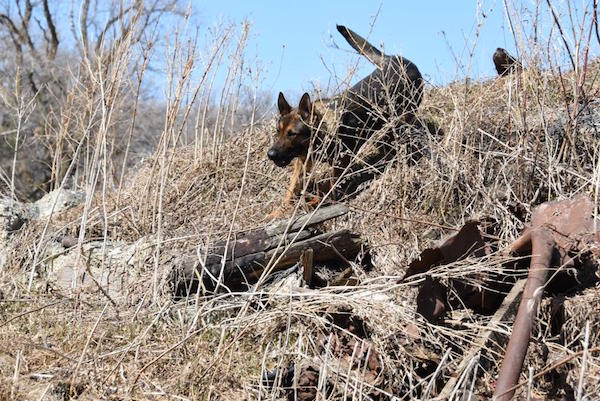 PSD Eddie is being credited with assisting in the arrest of one of three teen suspects in the Ochre River area on Sunday, April 26, 2015. (RCMP HANDOUT)

Police were called after witnesses spotted the suspects near the Ochre River bridge on Highway 5. Two ATVs were found hidden in some bushes, and RCMP set up a perimeter to contain the suspects before a police service dog was called in.

Two male youths were arrested by police attempting to flee the area. A third suspect was tracked with the help of PSD Eddie to a small island in the Ochre River. Police had to wade through fast-moving water in order to arrest him.

Police recovered two ATVs and a motorcycle that had recently been stolen from the area.