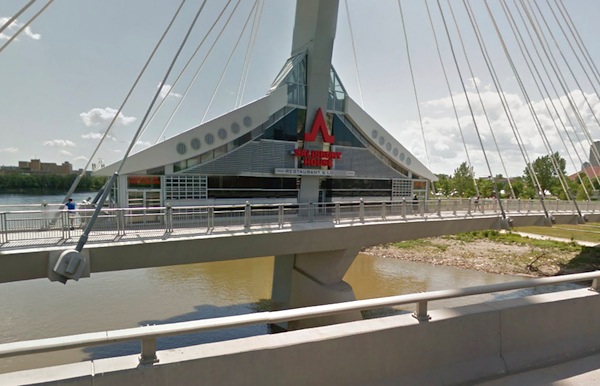 WINNIPEG — WOW Hospitality Concepts Inc. is the frontrunner to become the city’s new tenant on the Esplanade Riel bridge in St. Boniface.

The restauranteur has submitted “Mon Ami Louis” to be a seasonal, full service restaurant/café. The city says the restaurant would operate May 1 to September 30 and then act as an event centre for the remainder of the year.

The five-year lease agreement to WOW is being recommended after the city deemed it the “most advantageous.” A total of eight proposals were received.

If approved, the proponent would invest $100,000 in tenant improvements, with an opening date targeted for mid-July of this year.

A city committee will review the report on the recommendations at a meeting on May 7.

Chez Sophie previously occupied the parking-challenged space as a tenant until February after Salisbury House.