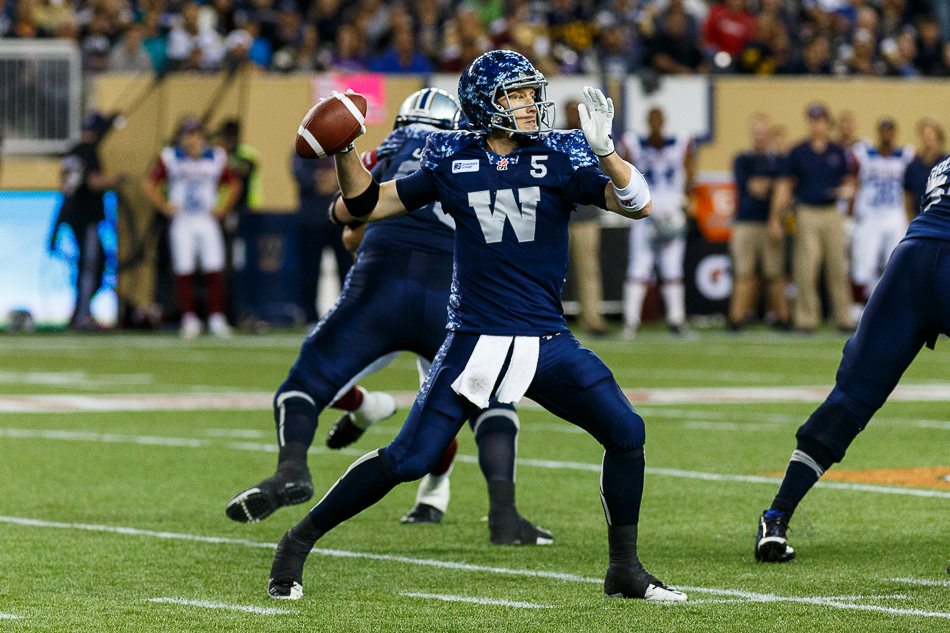 Willy, who finished third in the CFL with 3,769 passing yards last season, started 17 of 18 games for the Blue Bombers in 2014. He threw 14 touchdown passes and was twice named offensive player of the week for the 7-11 team.

“Drew Willy is the leader of our football team,” general manager Kyle Walters said Friday in a release.

“Both his skill set and his leadership on and off the field are the attributes you look for to build a solid roster. We knew as an organization that we wanted to get this done before the season, and we’re really pleased we can look forward to Drew being a vital part of this franchise for multiple years to come.”

Willy was originally acquired in a trade with Saskatchewan in February 2014.

“I’m very excited to remain a Blue Bomber following this season and get this agreement in place,” said Willy. “In just one season I have really grown to love the city of Winnipeg and the entire province of Manitoba. The passion they have for our game and specifically the Blue Bombers, makes a decision like this much easier.”