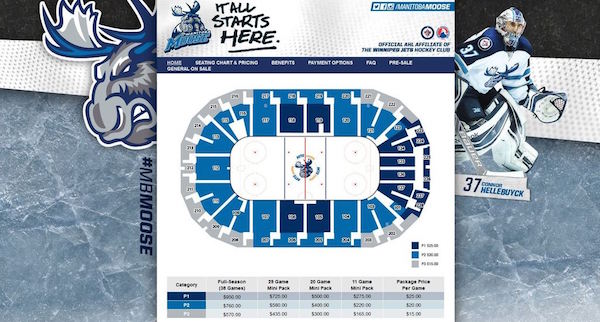 WINNIPEG — The Manitoba Moose are back!

The hockey team was announced in March and will relocate from Newfoundland after spending four years in the Maritimes.

To fill the gap left by the IceCaps, the Montreal Canadiens will move their affiliate team — the Hamilton Bulldogs — to St. John’s.

Hamilton will not be losing hockey altogether as the OHL’s Belleville Bulls have been sold and will relocate to Hamilton.

“Given the support that our fans have demonstrated for the American Hockey League and Manitoba Moose in the past, coupled with the interest our fans have in our Winnipeg Jets prospects, we have no doubt there will be a strong interest in our season seat campaign,” said Mark Chipman, chairman of the board for TNSE.

Individual ticket prices start at $19.63 per game, and are cheaper than the $22 average price in 2011. Tickets will go sale Friday, May 8 at 10 a.m. through Ticketmaster.