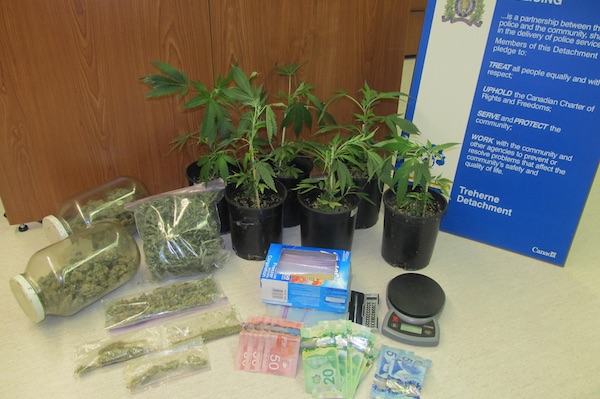 Drugs seized during a traffic stop and search of a residence in Treherne, Manitoba on April 30, 2015. (RCMP HANDOUT)

A Treherne man has been charged with drug possession following a traffic stop on Highway 2.

Manitoba RCMP pulled over the vehicle on April 30 and found drugs and drug paraphernalia in the vehicle. The lone driver was taken into custody and further investigation led to the seizure of more drugs at his residence.

Police seized 13 ounces of marihuana along with a number of cannabis plants and other drug paraphernalia.

Eugene Rey, 48, has been charged with several drug-related offences.

He was released on a promise to appear in Portage la Prairie court on July 6.