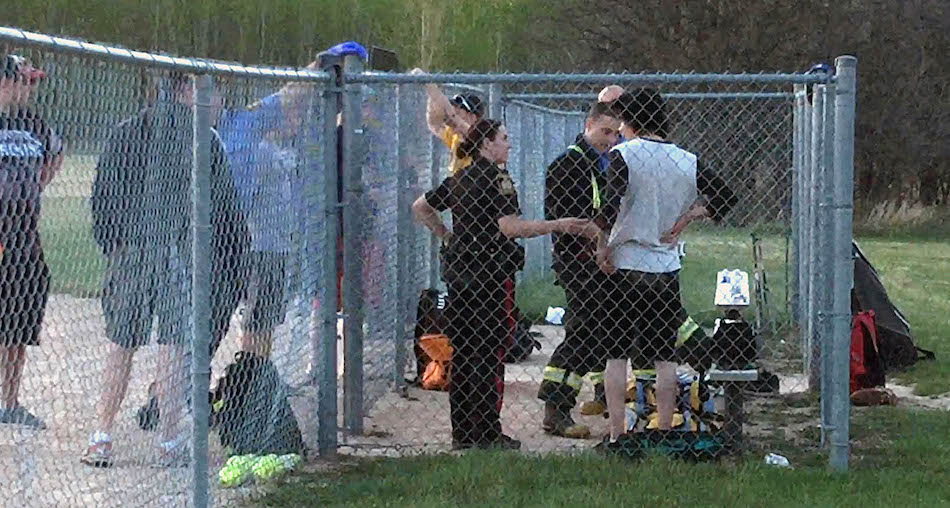 Winnipeg police speak with witnesses at a baseball diamond in Charleswood on Tuesday, May 5, 2015. (SHAUN MCLEOD / FOR CHRISD.CA)

Winnipeg police have laid formal charges against a man accused of using a sedan as a weapon to try and run people over at a Charleswood park.

Andrew Scott Penner, 21, was arrested Wednesday morning in the area of Loudon Road after an erratic driving spree through baseball fields and the skateboard park at Marj Edey Park near Ridgewood Avenue and Fairmont Road on Tuesday evening.

Video on social media showed a silver Chevrolet Cavalier speeding through the fields and driving up and down ramps at the skateboard park.

A 25-year-old man was struck, but managed to land on his feet. He suffered minor injuries. Police say three other pedestrians were nearly struck by the car, which was later abandoned near Wilkes Avenue after narrowly missing an ongoing train.

Penner faces the following charges and remains in custody:

Unreal day!! Just at Michael komendes skatepark & so asshole decides to put everybody at risk, he ended up hitting…