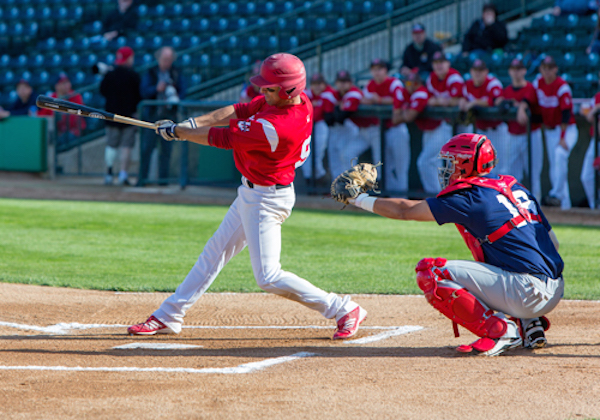 The University of Winnipeg Wesmen will play against the Winnipeg Goldeyes on Sunday. (HANDOUT)

Before the regular Winnipeg Goldeyes season gets going, the Fish will play an exhibition game with another local team.

The University of Winnipeg Wesmen will play with the pros on Sunday, May 10 at Shaw Park.

“The game has become an annual event, a game that showcases the talent that the Wesmen program is developing. The Goldeyes are proud to be a partner with the Wesmen program,” said Winnipeg Goldeyes general manager Andrew Collier.

It’s the fourth consecutive year the two teams have met.

General admission tickets are $5 and are available at the Winnipeg Goldeyes ticket office located at Shaw Park.