Currie: What Happens in Alberta Now? 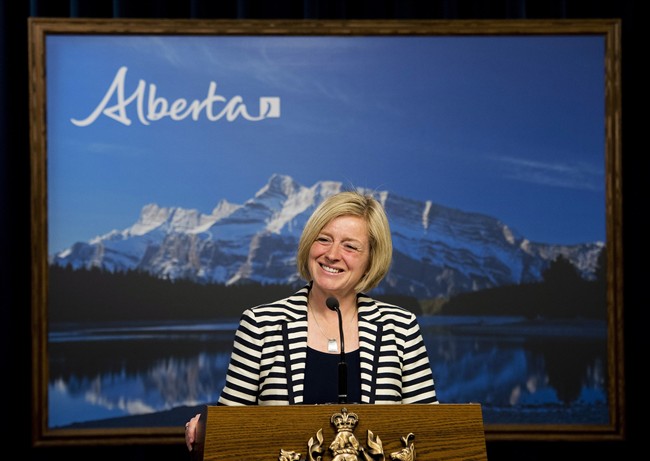 Alberta premier-elect Rachel Notley smiles as she speaks the media during a press conference in Edmonton on Wednesday, May 6, 2015. (THE CANADIAN PRESS/Nathan Denette)

There’s a fabulous moment at the end of Robert Redford’s 1972 movie “The Candidate.” He has just been elected to the U.S. Senate, a triumph that seemed unlikely if not impossible just a few months earlier. He asks his campaign manager “What do we do now?” The reply from Peter Boyle, “I don’t know.”

I wouldn’t be at all surprised if there was a similar moment in a quiet room in Edmonton this past Tuesday. Rachel Notley accomplished the impossible, leading the NDP to victory, and ending the reign of the Conservatives that began with Peter Lougheed in the summer of 1971.

The new premier heads a caucus of 53 members, several of whom probably don’t know where the building is, let along the washroom.

It’s not unlike what happened in Winnipeg in 1969 when the NDP formed government for the first time under 33-year-old Ed Schreyer. Or 1990, when Bob Rae led the party to victory in Ontario. Or 2011, when the late Jack Layton rode the Orange Wave to the status of official opposition in Ottawa.

Today’s NDP, especially the Rachel Notley version in Alberta, are light years away from the socialist gang that Tommy Douglas led to power in Saskatchewan 71 years ago. They won’t be starting up shoe factories, or taking over forestry mills. They’ll squeeze a few more dollars out of the fat cats at the Petroleum Club in Calgary, and raise corporate taxes by a couple of points.

They will be relatively quiet on issues like pipelines, and not at all quiet when it comes to improving health care and education. Those areas have been starved for money ever since Ralph Klein deemed it vitally important to pound his chest a decade ago so he could declare “we are debt free in Alberta.”

Five months from now, Stephen Harper has to face those very same voters.

Hey, don’t we live in interesting times all of a sudden?