Home » Entertainment » Want to Host It? Downtown Winnipeg BIZ Will Fund It

Want to Host It? Downtown Winnipeg BIZ Will Fund It 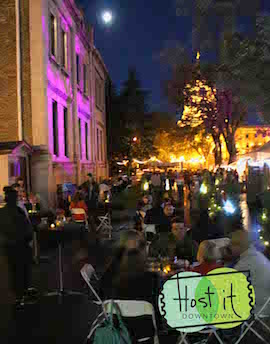 The Downtown Winnipeg BIZ, in an effort to attract more people to the city’s core, will give out $150,000 to fund additional festivals and events.

Through a new initiative called Host It Downtown, the BIZ hopes to support 10-20 events to bring the number of festival-goers downtown to more than one million annually.

Stefano Grande, executive director of the BIZ, says with people visiting the downtown at all hours of the day, they are sure to see a more revitalized core and a local economy supported.

“This new funding will lessen the financial risk for people who have great ideas and capacity to build even more events downtown,” added Sara Stasiuk, director of operations for Six Shooter Records, and a member of the Host It Downtown advisory committee.

Applications from event organizers for the first round of funding — which lasts two years — is open until June 11, 2015.