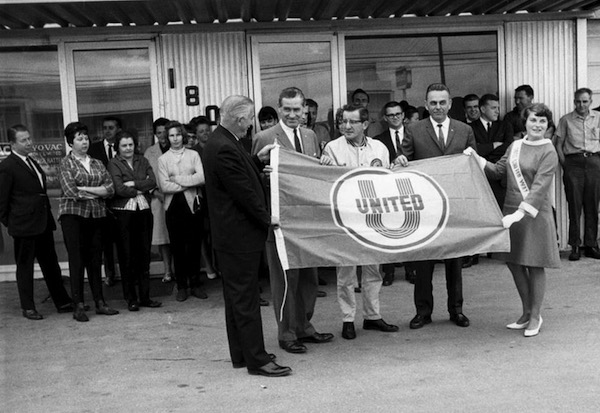 The United Way of Winnipeg during an opening ceremony in 1965. (HANDOUT)

The United Way of Winnipeg is marking its 50th anniversary today and will kick off weeks of celebrations for the occasion.

The organization, formed locally in 1965, made several announcements Monday at the corner of Portage and Main.

“Fifty years ago today, people in Winnipeg had a vision of a kind and compassionate city – of neighbour helping neighbour – and created United Way of Winnipeg,” said Herb Peters, chair of United Way’s Board of Trustees. “Today we can see how that vision has been kept alive and grown, generation after generation, with so many of you contributing your time, ideas and money, united in a common cause that today helps someone in Winnipeg, on average, every two minutes.”

To mark the occasion, United Way has created Winnipeg Wednesdays, four Wednesdays in June dedicated to celebrating Winnipeggers’ caring and compassion by having fun in ways that can make a positive difference.