Jonathan Toews, Tom Cochrane Among 12 to Receive Order of Manitoba 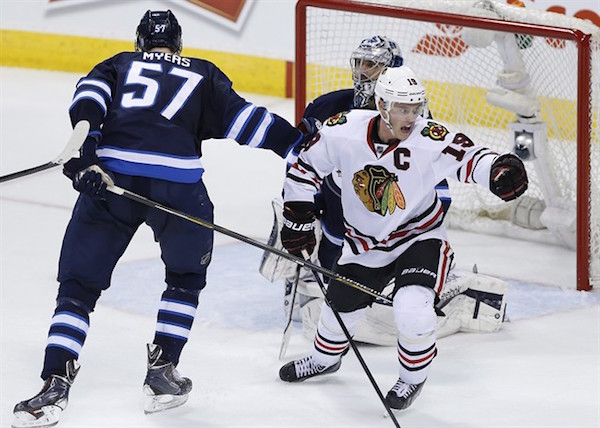 WINNIPEG — The Order of Manitoba will see 12 new inductees this year, including rock music icons and NHL players.

The honour recognizes those who have demonstrated excellence and achievement in any field of endeavour, benefiting the social, cultural or economic well-being of Manitoba and its residents.

“While the individual accomplishments of the 12 women and men recommended this year for investiture are wide ranging, they share the giving spirit and commitment to community for which Manitobans are known,” said Lt.-Gov. Philip S. Lee, chancellor of the order.

“Whether their impact is felt at the local or international levels, they are each a credit to our province and our country.”

This year’s inductees are:

This year’s ceremony will take place July 9 at the Manitoba Legislative Building.