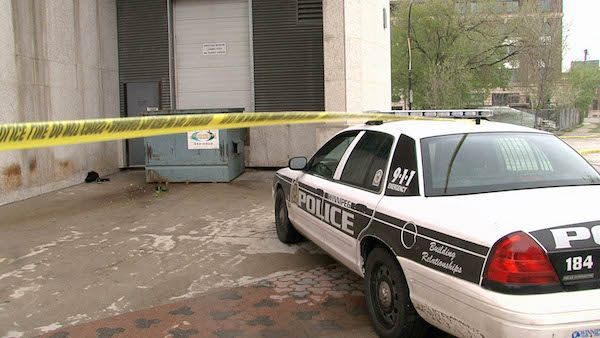 A man was found unresponsive behind a building on Rupert Avenue, Monday, May 18, 2015. (SHAUN MCLEOD / FOR CHRISD.CA)

A man was rushed to hospital Monday morning after being found unresponsive in downtown Winnipeg.

The man was located behind a building on Rupert Avenue near Lily Street at around 9 a.m. suffering from unknown injuries. A source says he had been outside for a while and suffered hypothermic cardiac arrest.

← Previous: Stretch of Transcona Boulevard to Close Next: Woman Charged with 89-Year-Old's Death and Dog's Injuries in Winnipeg →
Tags: Winnipeg