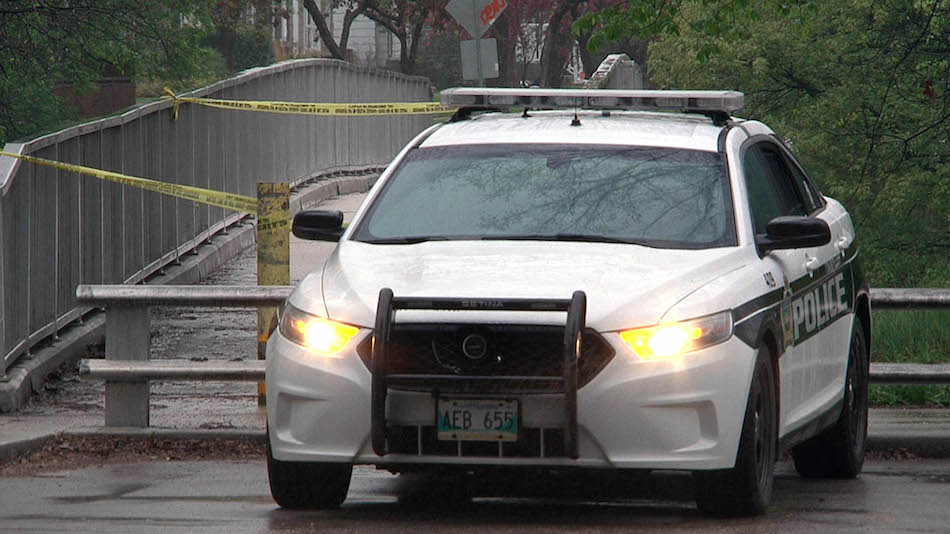 Winnipeg police guard the scene of a homicide in the 400 block of Tremblay Street on Sunday, May 17, 2015. (SHAUN MCLEOD / FOR CHRISD.CA)

WINNIPEG – Police in Winnipeg made a series of disturbing discoveries when they checked on the well-being of a woman who called them over the weekend.

Investigators say they found the 35-year-old intoxicated inside a home early Sunday along with an injured dog.

Officers then checked a nearby home and discovered an 89-year-old woman dead.

Police say the women knew each other.

Melissa Joyce Gabriel of Winnipeg has been charged with manslaughter, killing or injuring animals and failing to comply with a probation order.

The dog was taken to a vet.