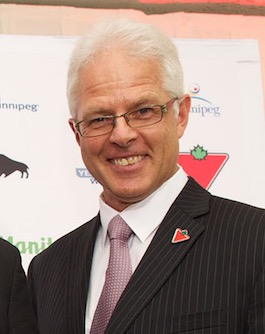 An inaugural event put on by the Winnipeg Chamber of Commerce today will include the former head of Yes! Winnipeg.

Bill Morrissey led the organization — an arm of Economic Development Winnipeg (EDW) — from July 2010 until being abruptly fired at the end of April.

Morrissey allegedly made disparaging remarks to a third party regarding EDW.

His keynote speech at the Chamber event was scheduled months before he left his position and is going ahead as planned.

“The first annual Celebrate Winnipeg luncheon will be an occasion, once a year, to remind ourselves that Winnipeg is a very special place with very special people,” said Dave Angus, president and CEO of the Winnipeg Chamber of Commerce.

The members luncheon begins at noon at the Delta Winnipeg.