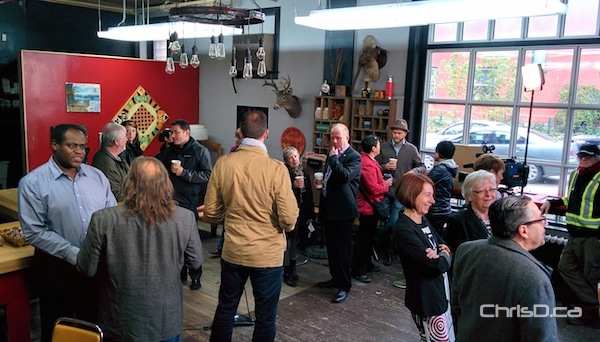 Guests gather on the set of ‘Sunnyside’ for a film and TV industry funding announcement on Thursday, October 9, 2014. (CHRISD.CA FILE)

WINNIPEG — The sun has risen on a second season of the Manitoba-made TV series “Sunnyside.”

The series is the creation of comedy writers Gary Pearson (This Hour Has 22 Minutes, The Ron James Show, MADtv) and Dan Redican (The Kids in the Hall, The Jenny McCarthy Show, Puppets Who Kill).