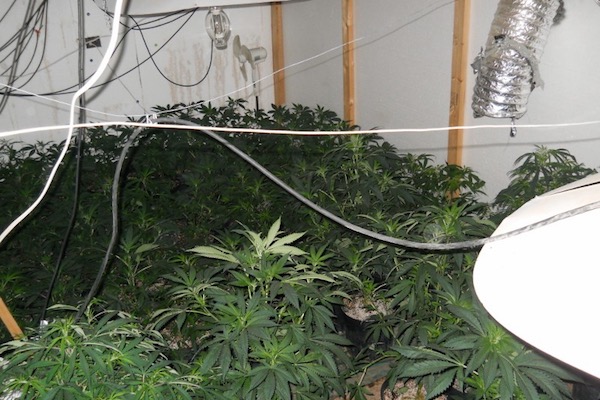 RCMP raided a marijuana grow-op in Alonsa, Manitoba on Thursday, May 21, 2015. (RCMP HANDOUT)

A man from Alonsa, Manitoba has been arrested and charged after RCMP raided a marijuana grow operation in the area.

RCMP arrived to a commercial garage on Wednesday morning, but held back until power could be disconnected given the hazardous conditions inside the building. They returned Thursday and dismantled the grow operation, seizing 65 plants and various drug paraphernalia.

Jeffrey Turko, 45, has been charged with production of marijuana for the purpose of trafficking.

He was released on a promise to appear in Dauphin court on September 15.