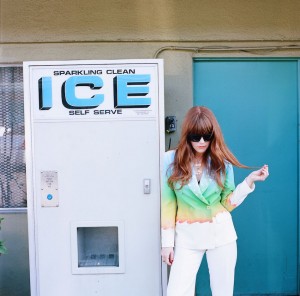 Ten bands from the Golden State, including seven from Los Angeles, will be represented at this year’s Winnipeg Folk Festival, taking place July 9 to 12.

“The artists we have booked really capture the spirit of the contemporary folk scene going on there right now,” says artistic director Chris Frayer. “People don’t always think about L.A. as a folk music Mecca, but it always has been. There is a big singer-songwriter tradition there and this is the way L.A. and California sounds now.”

The California folk scene evolved out of the Laurel Canyon area in Los Angeles where artists such as Joni Mitchell, Neil Young and the members of Buffalo Springfield, David Crosby and the Byrds formed a community alongside musicians such as Frank Zappa and Jim Morrison.

The artists emerging from that scene today are continuing that same innovative tradition. The acts playing the folk festival are as diverse as the California landscape.

At 12-members strong, Edward Sharpe and the Magnetic Zeros have built a reputation as a can’t miss live act that combines folk, rock and gospel with a touch of psychedelia to create uplifting music filled with positive energy.

The eight-member group Dustbowl Revival won L.A. Weekly’s best live band award and have a sound firmly rooted in the history of their home state, evoking the Klondike Gold Rush with a ragtime/juke-joint feel that Frayer predicts will be one of the bands at the top of the list of people’s favourite new discoveries this summer.

Blind Boy Paxton seems to have come from the same era as Dustbowl Revival, although he grew up in Watts. The 26-year-old prodigy specializes in pre-Second World War blues, jazz, Cajun and ragtime, which he brings to life on banjo, guitar, piano, harmonica and accordion.

Gingger Shankar is also a multi-instrumentalist who plays violin, cello and piano. She has lent her talents to numerous projects over the years ranging from soundtracks (she collaborated on the Oscar-nominated score for “The Passion of the Christ”) to working with Katy Perry and Dr. Luke. She is the only woman in the world to have mastered the 10-string double violin.

Jenny Lewis is well known in indie-rock circles as the leader of Rilo Kiley and has taken some of that influence to her solo project, which has a down-home roots feel. She is friends with the acclaimed Dawes, who have tapped into the Laurel Canyon tradition of laid-back rock and rich vocal harmonies.

While Dawes evokes thoughts of CSN&Y with its vocal interplay, singer-songwriter Jessica Pratt recalls Mitchell at her peak with a distinctive gentle voice that rides overtop subtle fingerpicked guitar.

The other California artists from outside L.A. playing this year’s Folk Fest include cellist Rushed Eggleston, singer-songwriters Steve Poltz and Frances England.

The strong L.A. contingent wasn’t something Frayer had initially planned, but once he started putting the lineup together the pieces all fit.

“Some of it was intentional and some of it just me booking what I liked after seeing them play live. I thought they have enough bands to put together their own festival down there, so why not connect the dots and bring it to life at our festival,” he says.

“I feel like there’s a community thing happening there. When I was looking at the workshops I was thinking about how they would work out together. The Dawes guys and Jenny Lewis know each other, and I thought they would work out really good together with Jessica Pratt and Steve Poltz, who was born in Canada but lives in California (San Diego) now.

“We’re thinking of calling it I Love L.A.”

For more information, tickets and a complete list of performers visit winnipegfolkfestival.ca.