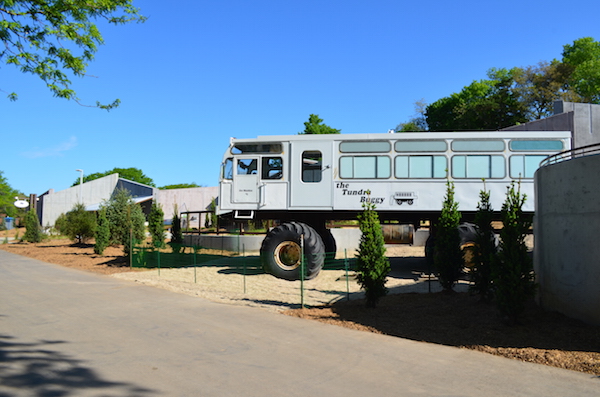 Frontiers North Adventures has retired one of its former tundra buggies to a zoo in Madison, Wisconsin. (HANDOUT)

A former tundra buggy used to transport visitors around the sights of Churchill, Manitoba has a new home.

Frontiers North Adventures has retired the buggy to the Henry Vilas Zoo in Madison, Wisconsin. Tundra Buggy 5, also known as the Ice Maiden, which operated in Churchill from 1989 to 2008, has been refurbished and now plays an integral and interactive part in a new exhibit.

“Her legacy will live on and help inspire a completely new generation of kids of all ages who may never have the opportunity to lock their gaze with a wild polar bear from a Tundra Buggy in Churchill,” said John Gunter, president and CEO of Frontiers North Adventures.

The company operates a fleet of 13 buggies used to get visitors face-to-face with polar bears in Manitoba’s north.