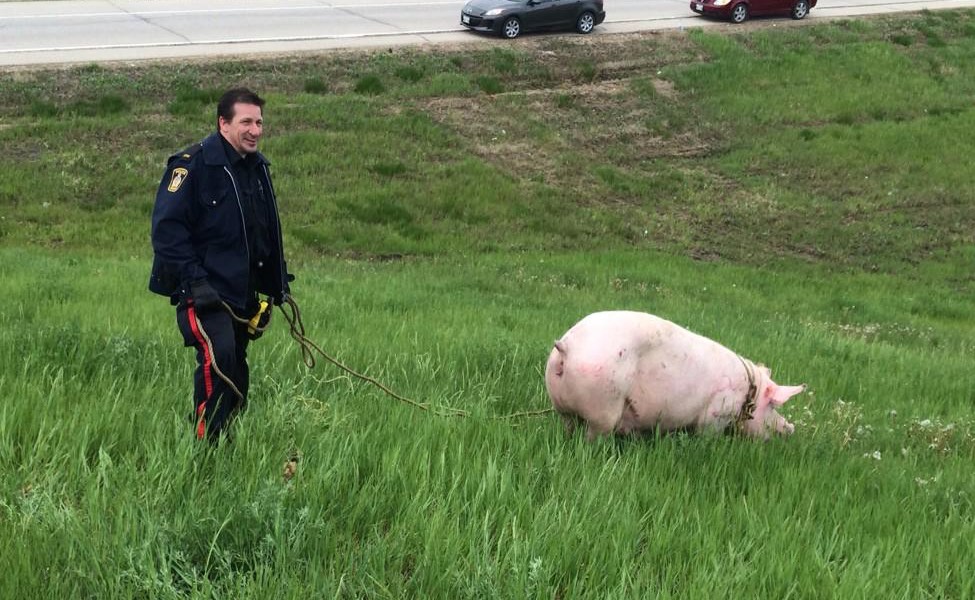 Winnipeg police made a makeshift leash to catch a loose pig on the west Perimeter Highway on Friday, May 29, 2015. (103.1 VIRGIN RADIO / TWITTER)

WINNIPEG — A pig’s freedom was short-lived when the law eventually caught up to it.

The loose pig was spotted in a grassy cloverleaf in the area of the Perimeter Highway and Portage Avenue at around 8:30 a.m. on Friday.

Photos on social media were tracking the pig’s adventures as motorists pulled over to snap selfies with the animal.

Police were able to corral the pig with a makeshift leash just before 9 a.m. and wait for its owner to come and pick it up.