Home » Columns » Slow It Down — Blood Donors Not in High Demand

Slow It Down — Blood Donors Not in High Demand 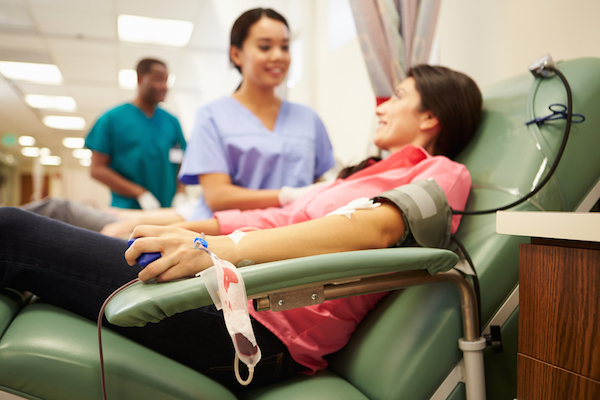 WINNIPEG — The history of blood in Canada is quite fascinating, and in recent days it has taken a very interesting turn. For decades, this country was the envy of the world. The Red Cross was hugely respected, and they were responsible for collecting blood from an army of volunteer donors. It was safe and reliable, and there always seemed to be enough to supply our medical needs.

Then came the tainted blood scandal of the 1980s and 90s. Many hemophiliacs and others died or became horribly ill after receiving blood that came from very bad places, like prisons in Arkansas when Bill Clinton was the governor. The Red Cross got out of the blood business, and Canadian Blood Services was created.

Perhaps because of all the horrible problems, it became more difficult to find enough new donors. They were always appealing for help, and warning that another crisis was just around the corner. The message was simple — “It’s in you to give.” There were more frequent warnings that a chronic shortage was getting worse.

So, imagine our surprise when the blood agency announced recently that they were shutting down four permanent sites and 16 mobile clinics across the country. They say it’s because they are now collecting too much blood Ian Mumford of Canadian Blood Services says hospitals have been steadily reducing their demand for blood and blood products, like plasma. He says it results from a number of advances in medicine.

Surgeons have developed new techniques and procedures that are less invasive and require fewer transfusions. Donor centres like Winnipeg and Regina will not be affected, but clinics in Sydney, Nova Scotia, Sarnia, Ontario and Prince George, BC will be closing their doors.

Not surprisingly, there are significant financial implications. The moves will save CBS about $3 million a year.

Giving blood is a great Canadian tradition. Hopefully the spirit behind it will continue to be valued, as it should be.