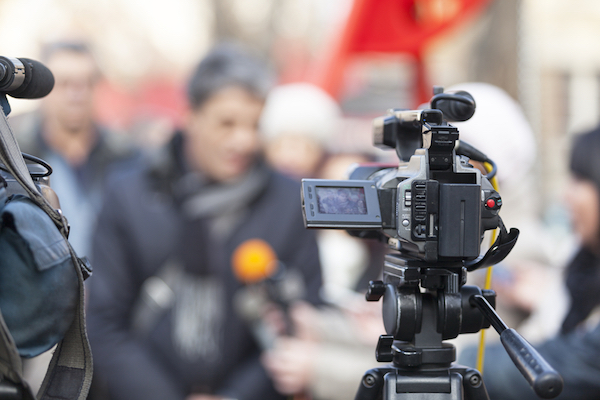 NEEPAWA, Man. — Last week, Neepawa council effectively voted to muzzle themselves. At the May 19 council meeting, they unanimously and without discussion passed a new media relations policy that could be politely described as “restrictive.”

I don’t have a problem with a media relations policy and much of the town’s new policy reflects practices already in place. For example, under the new policy, the mayor and CAO are named as council’s official spokespersons on all matters, which reflects standard practice. I can understand the need for the town office to deliver a consistent and correct message. Council as a whole makes a decision and it’s up to staff and council to follow the direction set by the majority of council.

In cases of emergency, for everyone’s benefit, information should be coming from one person who has access to biggest picture available of the situation at that time.

But then the policy gets to the role of councillors.

The policy says, “As outlined in the [Neepawa] Council Members Code of Conduct (COUN #002), members must have respect for the decision making process of Council and uphold any and all decisions of council, even if doing so is in opposition to personal views.” Understandable. We all know that council works based on majority rule and once a resolution has been made, it’s time to implement it and move on.

The new policy goes one step further though, saying, “Once a decision has been made, or a direction has been given by the majority of Council, albeit by verbal recognition, resolution or by a memo of understanding, no individual member of council may speak to the press or the public, in contradiction of, or in opposition to a decision or direction of council.”

The policy goes beyond the Municipal Act, which only recognizes resolutions and bylaws, passed at a council meeting, as the foundation for council action.

It also goes beyond the media, applying also the “public.” According to the policy, a councillor approached by a rate payer angry about a decision made by council can’t even say, “Look, I agree, I voted against it, but we were outnumbered and council made a decision.” According to the policy, they have to toe the “party line”, despite the fact that there are no parties within our municipal system.

By the policy, media or ratepayers can’t go to a councillor after a meeting and ask them to clarify their contrary opinion.

By the policy, councillors can’t publicly express dissent towards any resolution ever passed by council. Should we expect more in camera meetings to discus updates or changes to bylaws and resolutions?

Does this effectively quash any debate about the new proposed hospital? After all, a memorandum of understanding regarding a Franklin location was passed by a previous council in 2010.

Ratepayers understand that the majority rules, but also expect our elected representatives to give a voice to our concerns– even if we are in the minority. Council candidates need to be able to point to their stands for or against certain issues come election time.

Most other media policies I found referenced the municipality’s code of conduct, which states that once a decision has been made by a majority of council, no individual councillor may speak to the press against the decision. However, most of them also say that councillors can be a spokesperson on events or issues of personal interest to them but that it is understood that comments from a councillor represent the views of that councillor alone.

Neepawa’s new policy is so restrictive, there’s no way it can be fully enforced. Having a policy that is only partially enforced opens the door to the uneven application of the policy and the targeting of only certain councillors for disciplinary action.

Much of the policy is a benefit to council, staff and the media, but I wish I could find out who thought stuffing a sock in councillors’ mouths was such a good idea. Since the policy has been passed, good luck finding someone to speak against it.