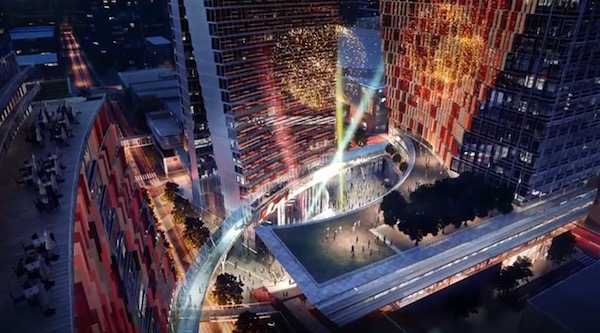 WINNIPEG — Hatchets have been buried and fences mended for True North Sports and Entertainment to go ahead with the planned True North Square project.

The downtown development is closer to a reality after True North announced Monday it had purchased the property at 220 Carlton Street from CentreVenture Development Corporation. The land is the site of the former Carlton Inn, which has since been demolished.

“The exercise of the option today is a significant advancement of our position regarding the development of True North Square,” said Scott Brown, senior director of corporate communications for True North.

“We remain excited about the opportunity that this mixed use development has for our community and our organization. We look forward to working with CentreVenture over the next few months as we finalize our design and development plans with CentreVenture, the City of Winnipeg, and our tenant partners.”

In February, True North CEO Mark Chipman called a news conference to express disappointment in Mayor Brian Bowman’s accusations that his company had been unjust in trying acquire the land. Chipman said the project was on hold until further notice and didn’t know if moving forward with True North Square would be an option.

Promoted as “coming in 2017,” the $400 million project is said to include office, residential, hotel and retail space — adding another public gathering hub to the city’s downtown core.