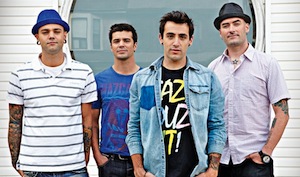 The band will perform with special guests Sloan at the Lyric Theatre on Friday, September 4.

“We couldn’t be more thrilled to have Canadian bands Hedley and Sloan performing at Assiniboine Park in September,” said Trevor Clearwater, Assiniboine Park Conservancy’s director of visitor services. “It’s going to be a fantastic concert featuring great music in a one-of-a-kind outdoor venue. It doesn’t get much better than that!”

Tickets are $34.95 and go on sale at 10 a.m. on Thursday, June 4 online at assiniboinepark.ca/tickets or in person at the zoo entrance or the Pavilion in Assiniboine Park.

Proceeds from the concert will support the Red River Co-op Summer Entertainment Series at Assiniboine Park.