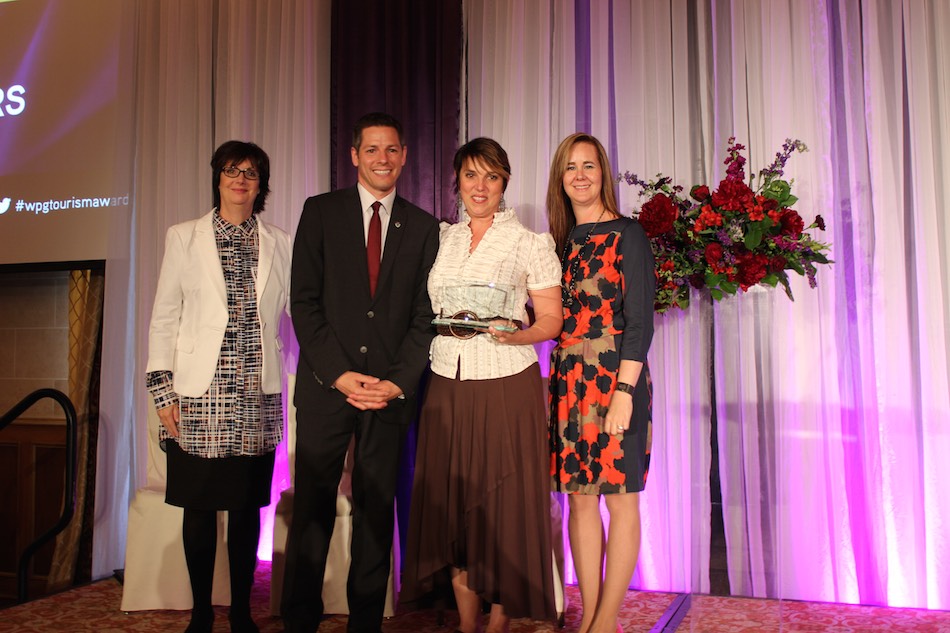 Tourism Winnipeg honoured local champions of the industry Tuesday during the 2014 Winnipeg Tourism Awards of Distinction.

Outside of the usual categories, the organization honoured the late Kevin Walters as the first posthumous winner of its Lifetime Achievement Award.

“Kevin had an exceptional impact on Winnipeg. He was a visionary, and someone who always delivered on his promises,” said Chantal Sturk-Nadeau, senior vice-president, Tourism Winnipeg. “We all have such great memories of him.”

Walters was selected for his work in tourism with Manitoba Film and Music, and in how he organized major events like the JUNO Awards, Canadian Country Music Awards, BreakOut West, the Grey Cup, and Manitoba Homecoming 2010.

Volunteer of the Year
Folklorama

Marketing Campaign of the Year (Under $2500)
Muddy Water Tours