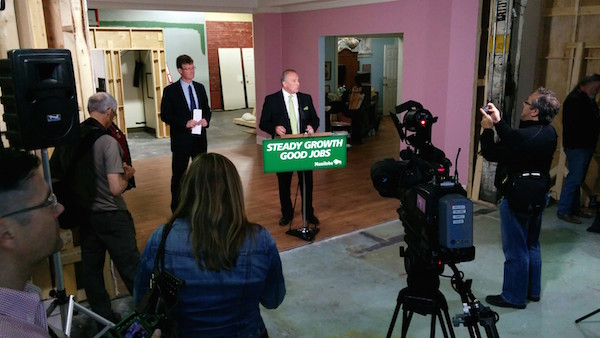 The Manitoba government has extended a film industry tax credit to encourage more movie production in the province.

“This tax credit provides the incentive companies need to make the decision on where the best place is to create their product,” said Phyllis Laing, president, Buffalo Gals Pictures. “Manitoba already offers a strong pool of local talent and crew, but this credit can mean the difference between working in Manitoba and setting up shop somewhere else.”

The province says the film and television industry is projected to receive about $15 million per year in tax credits while digital media receives about $1 million.

Tuesday’s announcement was made on the set of “Sunnyside,” a made-for-TV series airing on City.

The Film and Video Production Tax Credit and the Interactive Digital Media Tax Credit are renewed through 2019.