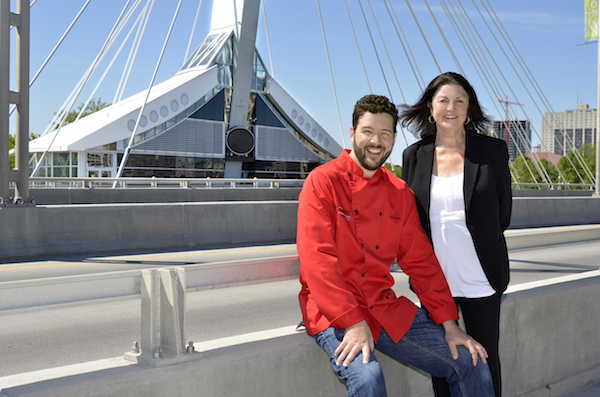 WINNIPEG — The executive chef of the soon-to-open restaurant on the Esplanade Riel bridge has been named.

Chef Luc Jean will head up the kitchen in new Mon Ami Louis, which is scheduled to open the second week of July.

Jean was most recently an instructor at Red River College where he helped open Jane’s Restaurant. He previously worked at La Vieille Gare and The Velvet Glove at the Fairmont Winnipeg.

The restaurant is the creation of WOW Hospitality Concepts Inc., who also plans to operate an event centre for the remainder of the year outside of its full service May-September restaurant/café schedule.

The menu will be made of our French cuisine fare to fit in with the St. Boniface neighbourhood and be led by general manager Irene Desaulniers. Desaulniers was most recently the food and beverage manager at the Hotel Fort Garry, and also the manager at Le Beaujolais.

Chez Sophie previously occupied the parking-challenged space as a tenant until February after Salisbury House.