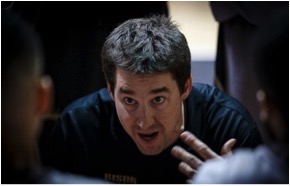 Schepp will coach this summer in Crete, Greece along with Bison team manager Hudson Isaak.

“Representing your country is one of the best experiences you can have in sport and it is a tremendous honour,” Schepp said in statement. “We have an incredible staff this summer and a really solid group of athletes.”