Home » News » Winnipeg to Test Out Zipper Merging on Lagimodiere

Winnipeg to Test Out Zipper Merging on Lagimodiere

The City of Winnipeg is launching a pilot project to test out the idea of zipper merging in a construction zone.

Starting on Wednesday on northbound Lagimodiere Boulevard, when a lane is closed for construction, a zipper merge occurs when drivers use both lanes until reaching a defined merge point.

“At the merge point drivers then take turns merging into the open lane in a “zipper” like fashion,” the city said in a release.

The goals of using the zipper merge are:

Lagimodiere is currently reduced to one lane of traffic between a point north of Fermor Avenue to Dugald Road for a planned repaving project, and is scheduled to reopen in early July.

Three variable message sign boards will be displayed to encourage drivers to use both lanes until reaching the defined merge point and to take turns merging. 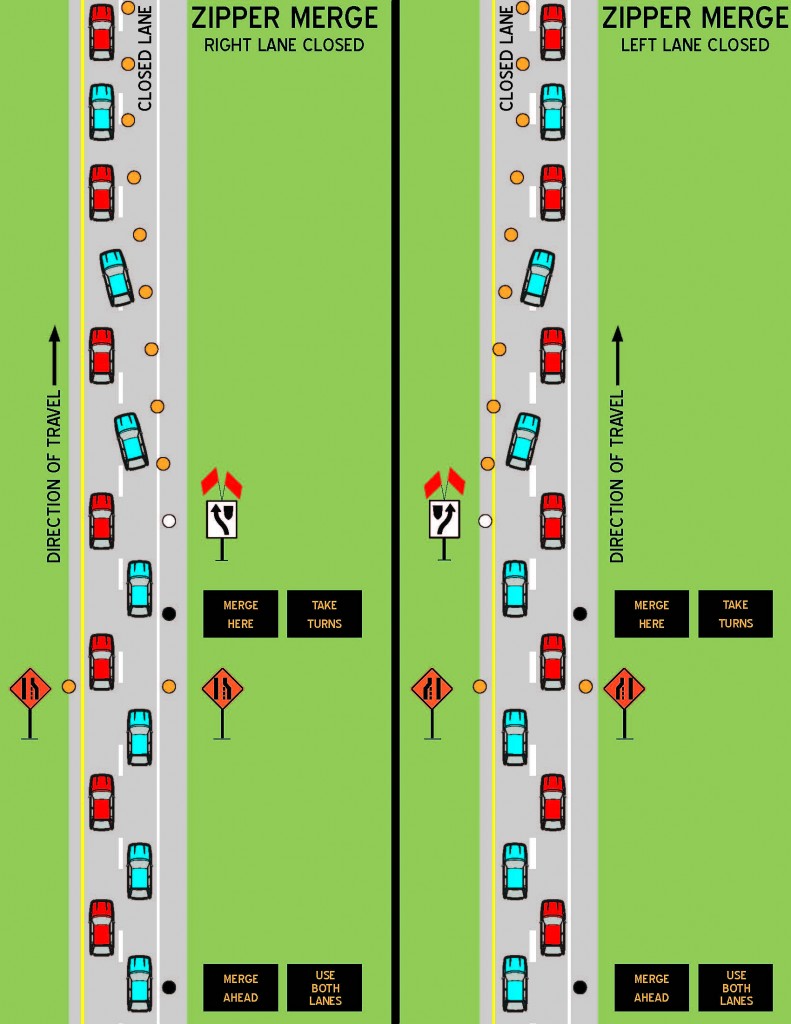