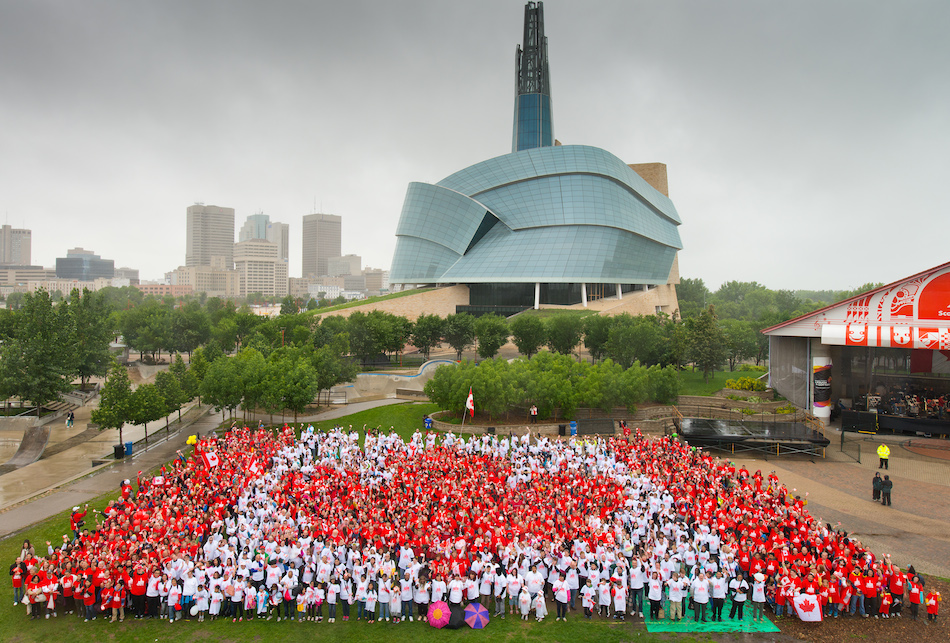 WINNIPEG — Find it downtown? If that’s the largest living Canadian flag in the country, you’ll want to be at Shaw Park on July 1.

The Downtown Winnipeg BIZ will create the fifth annual larger-than-life flag at the home of the Winnipeg Goldeyes this year.

“Canada Day is about celebrating our love for our country, and also about appreciating the values that bind us together as a nation,” said Stefano Grande, executive director of the Downtown Winnipeg BIZ. “This activity is meant to bring folks together in a positive way for our country, city and downtown.”

Winnipeg is competing against Ponoka, Toronto, Victoria, Brandon and Calgary (which claimed the championship title in 2014). Everyone is encouraged to come dressed
in red or white in order to take part. The BIZ will also distribute 2,500 red and white T-shirts.

Happening rain or shine, those wishing to take part should arrive at 9 a.m. for T-shirt distribution (until 10:45 a.m.) The living flag formation and photo-op is set for 11 a.m.