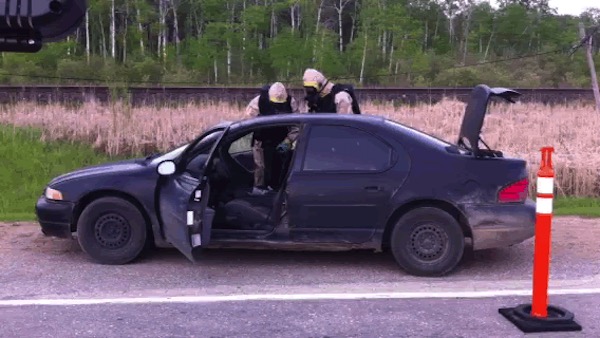 Border guards in Sprague, Manitoba discovered a portable meth lab during a secondary examination of an American traveller on June 4, 2015. (CBSA / HANDOUT)

Border guards in Sprague, Manitoba busted a portable methamphetamine laboratory inside a traveller’s vehicle on June 4.

Derek Olson, 35, from Wadena, Minnesota was turned over to RCMP and is charged with production of methamphetamine, importing/exporting methamphetamine and possession for the purpose of trafficking. He remains in custody.

The Canada Border Services Agency (CBSA) called in the Office of the Fire Commissioner and local fire department to assist in safely dismantling the lab.