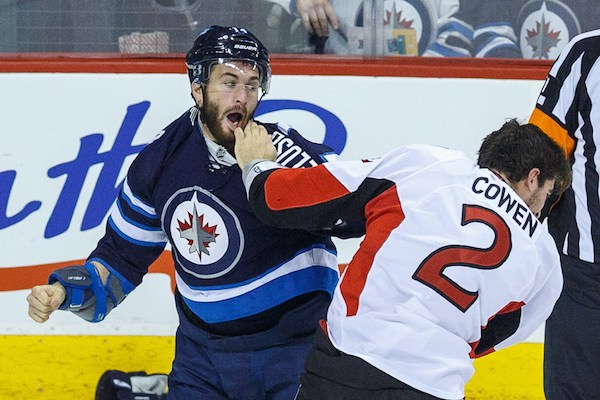 Peluso’s two-year contract is worth $675,000 and will trigger the start of his fourth season with the Jets.

The North York, ON native has played 107 NHL games — all for Winnipeg — tallying three goals and nine points along with 165 penalty minutes.

Peluso was acquired off waivers by the Jets on January 6, 2012.