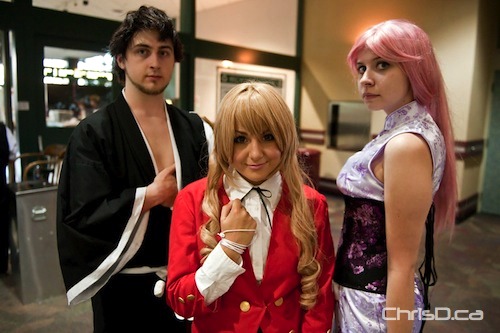 Ai-Kon will celebrate its 14th year this summer, bringing more than a decade of such Asian culture and anime conventions to Winnipeg.

The convention attracts upwards of 3,000 people annually now — up from just 500 in its infancy. Those in attendance take part in the weekend’s various festivities such as costume contests, video games, anime showings and various panels relating to anime and Japanese culture. Attendees also get a chance to meet special guests working in the industry and ask them questions about their experiences.

Tickets for Ai-Kon 2015 are available through Ticketmaster and are $50 for the weekend, day passes are also available on the individual days of the convention and are $24 for Friday, $34 for Saturday and $22 for Sunday.