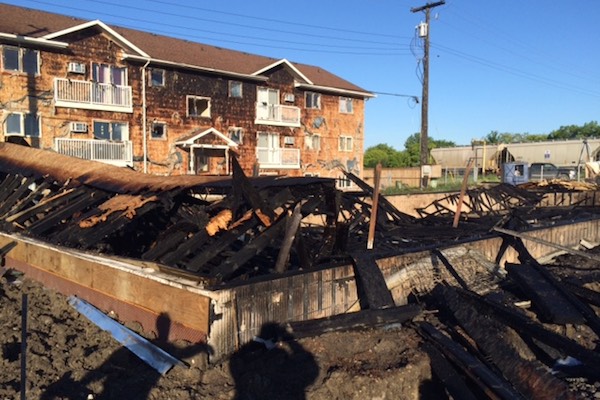 An unoccupied apartment building was completely destroyed by fire in Selkirk on Tuesday, June 16, 2015. (RCMP HANDOUT)

An unoccupied apartment building in Selkirk is a complete loss after a fire on Tuesday morning.

The structure on Mercy Street was fully engulfed when firefighters arrived just after 5 a.m. They tried to keep the blaze from spreading to an adjacent apartment building, in which all occupants were evacuated safely.

The second building sustained minimal damage and residents were allowed to return later in the morning.

The Office of the Fire Commissioner and RCMP are investigating.