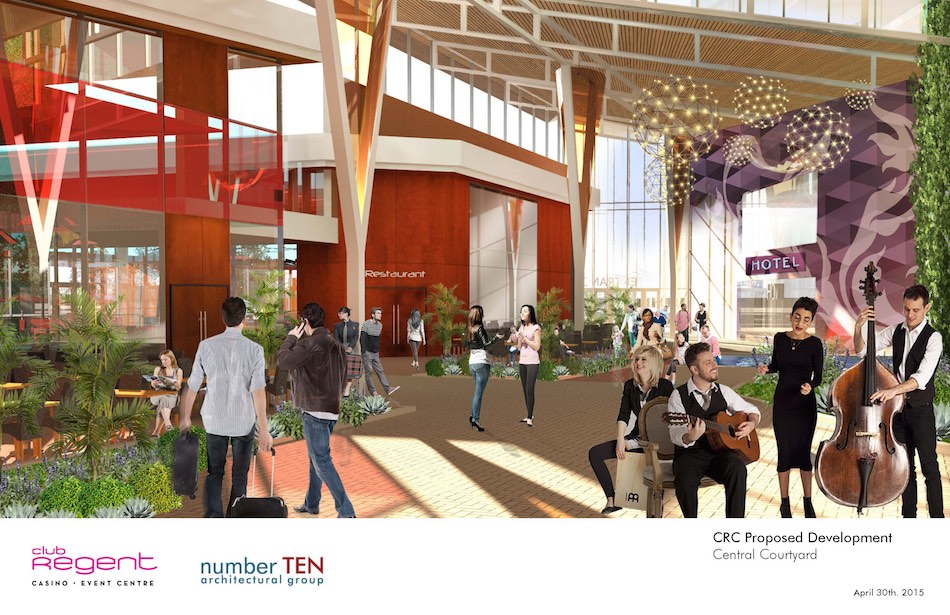 The planned expansion and development at the Club Regent Casino is expected to begin construction in 2016. (HANDOUT)

WINNIPEG — Manitoba Liquor and Lotteries is digging deep into its pockets for a new $30 million development at Club Regent Casino.

A new boutique hotel and restaurants are in the plans to build on the success of the recent addition of the Club Regent Event Centre.

The vision is to build a 100-150 room boutique hotel and two privately operated 200-250 seat restaurants to be connected to the west side of the casino via an indoor courtyard and atrium.

The year-round amenities would include a Liquor Mart Express store and pop-up vendors selling Manitoba-made products.

“This development will have a significant economic impact through a range of employment opportunities including through the project’s construction phase as well as positions in the hospitality industry.”

The cost for the development will be shared by Manitoba Liquor and Lotteries and the private sector. Costs will be recovered from land leases and property rentals.

The hotel and restaurants are expected to create 200 full-time and part-time employees.

Construction on the 50,000 square foot expansion will begin next year. 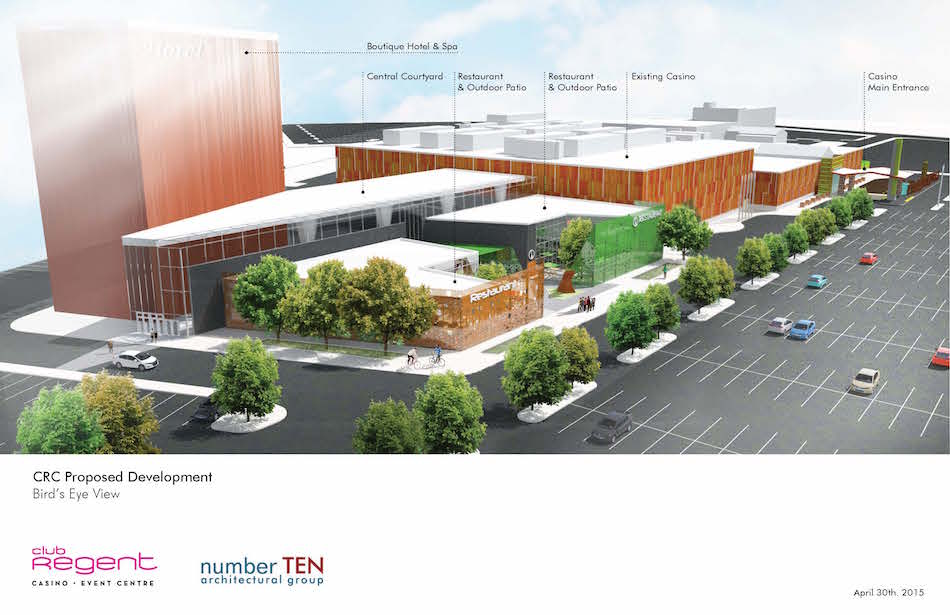 The Club Regent Casino expansion will cost $30 million, funding both by Manitoba Liquor and Lotteries and the private sector. (HANDOUT)