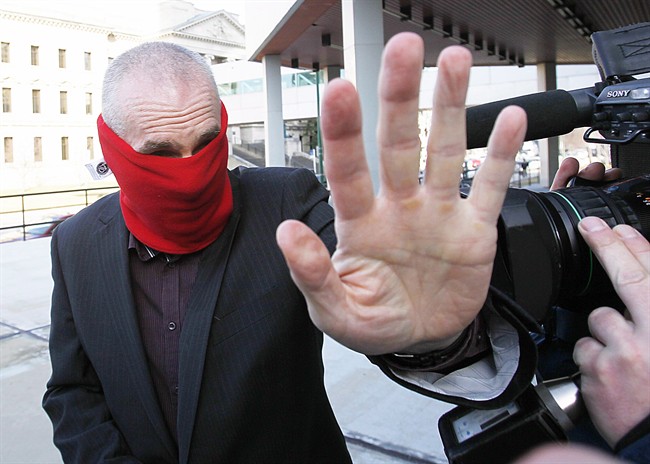 Graham James, accused sex offender, arrives at court in Winnipeg on March 20, 2012. The convicted pedophile has pleaded guilty to more sex offences involving a player he once coached in junior hockey. (THE CANADIAN PRESS/John Woods)

The two were with the Western Hockey League’s Swift Current Broncos at the time.

James says he’s sorry for letting what he called his “personal weakness” distract him from giving his full attention to the victim’s hockey aspirations.

The Crown told court the victim, who cannot be identified, felt he had to submit to James or lose his career.

Court heard how James worked to build the 18-year-old player’s trust before starting to abuse him twice a week.

The Crown and defence are presenting a joint submission that requests two years be added onto the five-year sentence James is almost finished serving on other charges.