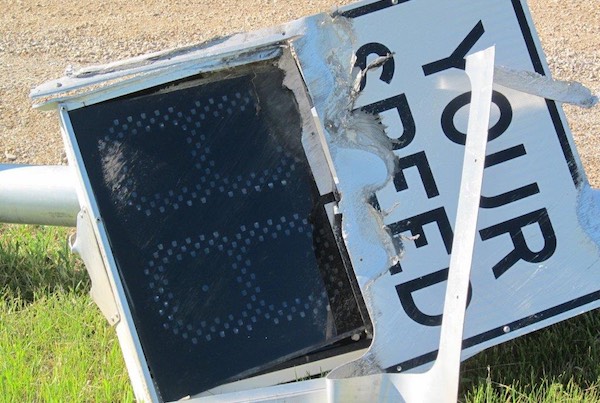 Police say in the early hours of June 14, somebody hooked up the signs to a truck and pulled them out of the ground, dragging them while driving in the opposite direction.

Police believe there is front end damage to the vehicle based on findings at the scene. Police say the truck had broad, off-road tires and was in the area at approximately 2:30 a.m.

Investigators are also trying to find out more about a dark colour Dodge diesel truck with a lift that was spotted in the area.