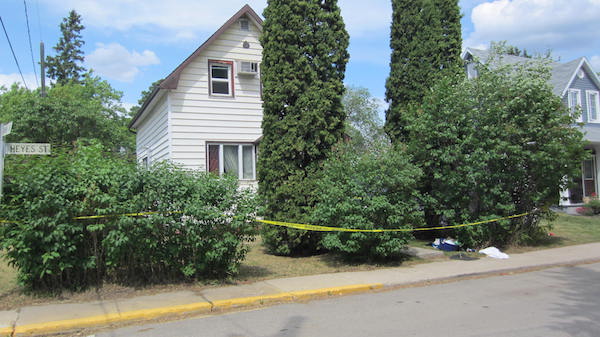 Police tape surrounds a home in Swan River after a man was shot on June 12, 2015. (RILEY LAYCHUK / CJSB-FM)

A Swan River man has been charged with attempted murder and other offences after a shooting in the community on June 12.

A local 18-year-old man was shot at a home on Heyes Street at around 6:45 p.m. He was taken to hospital with non-life threatening injuries and remains in stable condition.

RCMP learned that the suspect took off from the scene in a vehicle belonging to one of the residents of the home. A short while later, police received a call regarding a vehicle fire north of Birch River matching the description.

Nikko Guiboche, 19, was arrested and taken into custody without incident. He has been charged with attempted murder with a firearm, aggravated assault and several weapons offences.

He will appear in Dauphin court on June 23.