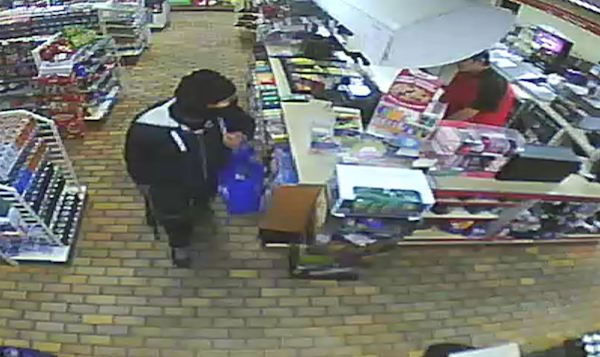 An armed suspect is wanted after RCMP say he robbed a convenience store in Dauphin, Manitoba on Monday, June 22, 2015. (RCMP HANDOUT)

RCMP in Dauphin are looking for a man who allegedly robbed a local convenience store early Monday.

Just before 6 a.m., RCMP say the armed man entered a store on Main Street with a long gun and demanded money from the clerks.

He made off with an undisclosed amount of cash and fled on foot.

He is described as aboriginal in appearance, approximately 6’1″ tall with a skinny build. He was wearing a blue sweater, blue jeans and had his face covered.

No one was injured during the robbery.